More than £4.4 billion in contracts has been secured by companies on the industry-led productivity and competitiveness programme.

Sharing in Growth is on target to safeguard 10,000 UK jobs and to secure more than £6 billion in contracts, securing over 70,000 man-years’ work. The not-for-profit programme, which is funded by private and public sector contributions, is so successful that it is providing a 60:1 return on public investment, with the majority of companies on the programme growing at three times the rate of their industry peers.

Set up by industry in 2012, Sharing in Growth is endorsed by Airbus, BAE Systems, Boeing, Bombardier, GE, GKN, Leonardo, Lockheed Martin, MBDA, Rolls-Royce, Safran and Thales. In 2018 Sharing in Growth won the national Semta Innovation Award for improving the capability and productivity of over 10,000 people working in the aerospace supply chain.

Each company participates in a bespoke and intense training and business transformation programme which focuses on leadership, culture and operational capability delivered by SiG’s own 100 strong team of business coaches as well as a bank of world-leading experts including The University of Cambridge’s Institute for Manufacturing, Deloitte and the National Physical Laboratory.

More than three million training hours have been delivered to date, supported by on-line hub to reinforce learning; a new directory of engineering innovation partners who can provide training in areas such as additive manufacturing and automation; and a Team Leader Training Academy to develop the next generation of highly talented leadership.

“Tackling the UK’s lagging productivity is a multi-faceted challenge”

“The UK’s competitors don’t stand still so we’ve made impactful additions to our programme,” said CEO Andy Page. “Investment in new technology or capital equipment per se will not improve productivity, especially where leadership and management is weak. Sharing in Growth is creating a virtuous growth cycle in our learning and skills community where improved productivity and competitiveness wins contracts which, in turn, provides the funds to invest in people, technology and growth to win even more business.

“Our exceptional results are testament to the learning capacity of ambitious supply chain companies and the expertise of our own squad of around 100 specialists who have applied their 2000 years’ combined experience to great effect.”

Among the companies who have increased their competitiveness and secured new contracts are:

Dundee’s ATL who reported more than £7 million in sales and are currently planning significant investments. 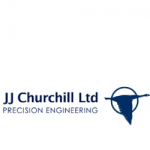 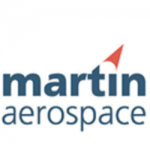 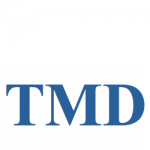 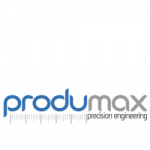 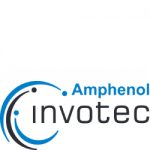 Amphenol Invotec, who have plants in Tamworth and Telford, have secured more than £90 million in contracts since joining Sharing in Growth in 2014. 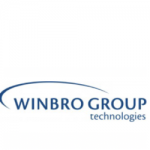 Winbro Group Technologies, in Leicestershire, have secured more than £140 million in contracts.

There are limited places left on the government-supported Sharing in Growth programme. Companies interested in how the programme can improve their competitiveness and productivity can register their interest here.

We use cookies on our website to give you the most relevant experience by remembering your preferences and repeat visits. By clicking “Accept All”, you consent to the use of ALL the cookies. However, you may visit "Cookie Settings" to provide a controlled consent.
Cookie SettingsAccept All
Manage consent

This website uses cookies to improve your experience while you navigate through the website. Out of these, the cookies that are categorized as necessary are stored on your browser as they are essential for the working of basic functionalities of the website. We also use third-party cookies that help us analyze and understand how you use this website. These cookies will be stored in your browser only with your consent. You also have the option to opt-out of these cookies. But opting out of some of these cookies may affect your browsing experience.
Necessary Always Enabled
Necessary cookies are absolutely essential for the website to function properly. These cookies ensure basic functionalities and security features of the website, anonymously.
Functional
Functional cookies help to perform certain functionalities like sharing the content of the website on social media platforms, collect feedbacks, and other third-party features.
Performance
Performance cookies are used to understand and analyze the key performance indexes of the website which helps in delivering a better user experience for the visitors.
Analytics
Analytical cookies are used to understand how visitors interact with the website. These cookies help provide information on metrics the number of visitors, bounce rate, traffic source, etc.
Advertisement
Advertisement cookies are used to provide visitors with relevant ads and marketing campaigns. These cookies track visitors across websites and collect information to provide customized ads.
Others
Other uncategorized cookies are those that are being analyzed and have not been classified into a category as yet.
SAVE & ACCEPT