After a strong year in 2018, the global aerospace and defense (A&D) industry has experienced a minor decline in 2019, primarily due to the sluggishness in commercial aircraft production. Defense, however, remained strong on account of robust defense spending in the United States as well as from other major regional powers. The A&D industry is likely to get back to its growth trajectory in 2020, as commercial aircraft production is expected to recover and governments worldwide focus on military modernization, given increasing global security concerns.

Strong aircraft demand
The long-term demand for commercial aircraft continues to remain robust, with nearly 40,000 units expected to be produced over the next two decades. And at 14,000 aircraft, the commercial aerospace order backlog remains at near-record levels.

Robust military expenditures
Growth in global defense spending and the subsequent demand for military equipment is likely to create increased opportunities for defense contractors and their supply chains.

Long-term drivers to shape M&A activity
While it is less likely that megadeals the sector experienced in the recent past will continue, further industry consolidation is possible as some of the smaller companies may not be able to meet the increased financial, program management, skills, risk-taking, and investment requirements. 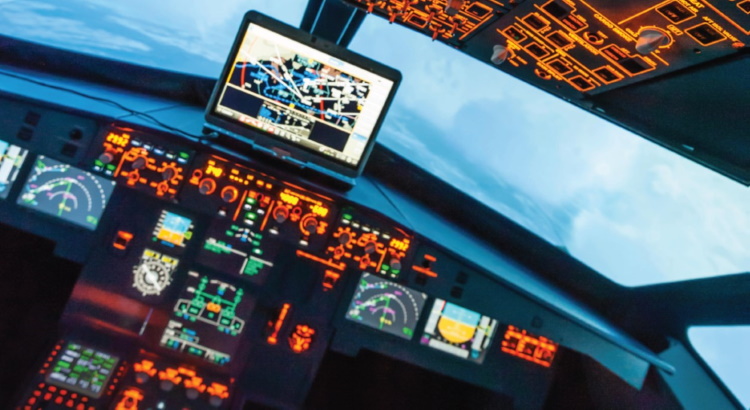 Commercial aircraft backlog is declining from peak levels while regional jet demand is taking off.

The commercial aircraft order backlog continues to be high, at about 14,000 unfilled orders through September 2019. However, the backlog declined from 2018 peak levels of about 14,700 aircraft due to order cancellations and lower-than-expected new orders. While original equipment manufacturers (OEMs) have been pushing the envelope in creating state-of-the-art aircraftu2014which are fuel-efficient, connected, and highly automatedu2014many are still grappling with production-related issues. Specifically, OEMs are continually aiming to increase production rates and pushing suppliers to ramp up, and the sector is facing production-related challenges with certain aircraft models. Consequently, OEMs are experiencing order cancellations and delays in taking deliveries from their primary customers, airlines.

Aircraft deliveries are estimated to be lower in 2019 compared to 2018, largely due to the decrease in production rates for certain aircraft models. In 2020u20132021, deliveries are expected to be back on track as Boeing announced its goal to have the 737 MAX back in service by January 2020. Moreover, with Chinau2019s narrow-body aircraft deliveries anticipated to begin in 2021, the current duopoly may raise production rates further between now and 2021 to capture Chinau2019s domestic aircraft backlog before C919 deliveries begin. As a result, commercial aircraft production is projected to be about 1,900 aircraft in 2020, up from an estimated 1,450 aircraft in 2019.

The outlook for the regional jet market remains robust, as forecasts anticipate more than 5,000 regional jets will be required over the next 20 years. This is expected to primarily be driven by an aging fleet and demand from Asia-Pacific, the Middle East, and Latin America, as they continue to expand regional connectivity. Over the last two years, the regional jet market experienced some major tie-upsu2014Airbusu2019s acquisition of majority ownership in Bombardieru2019s C-Series aircraft program, Boeingu2019s proposed deal to buy Embraeru2019s passenger jet unit, and Mitsubishi Heavy Industriesu2019 proposed acquisition of Bombardieru2019s CRJ regional jet program. These program realignments could allow supply chain and manufacturing consolidations, resulting in reduced production costs.

The commercial aerospace aftermarket landscape is also evolving, due to a changing aircraft fleet mix, pressure on airlines to reduce maintenance costs, and the emergence of new advanced technologies. This is resulting in an increased aftermarket opportunity for the overall commercial aircraft value chain, including OEMs. With the increasing aircraft backlog and production rates, OEMs are focusing on expanding aftermarket revenues by seeking partnerships and exploring new business lines to diversify. For example, Boeingu2019s 2018 services revenue stood at about US$17 billion, and it aims to triple its service revenue to
US$50 billion in the next five years.

Click for more information, or to download the full report
We use cookies on our website to give you the most relevant experience by remembering your preferences and repeat visits. By clicking “Accept All”, you consent to the use of ALL the cookies. However, you may visit "Cookie Settings" to provide a controlled consent.
Cookie SettingsAccept All
Manage consent

This website uses cookies to improve your experience while you navigate through the website. Out of these, the cookies that are categorized as necessary are stored on your browser as they are essential for the working of basic functionalities of the website. We also use third-party cookies that help us analyze and understand how you use this website. These cookies will be stored in your browser only with your consent. You also have the option to opt-out of these cookies. But opting out of some of these cookies may affect your browsing experience.
Necessary Always Enabled
Necessary cookies are absolutely essential for the website to function properly. These cookies ensure basic functionalities and security features of the website, anonymously.
Functional
Functional cookies help to perform certain functionalities like sharing the content of the website on social media platforms, collect feedbacks, and other third-party features.
Performance
Performance cookies are used to understand and analyze the key performance indexes of the website which helps in delivering a better user experience for the visitors.
Analytics
Analytical cookies are used to understand how visitors interact with the website. These cookies help provide information on metrics the number of visitors, bounce rate, traffic source, etc.
Advertisement
Advertisement cookies are used to provide visitors with relevant ads and marketing campaigns. These cookies track visitors across websites and collect information to provide customized ads.
Others
Other uncategorized cookies are those that are being analyzed and have not been classified into a category as yet.
SAVE & ACCEPT